The first half of our last full day in London was spent at the London and South East Brewing Competition and Festival at the U Brew in Bermondsey, where Dad judged and I was a steward. It was very interesting seeing everything involved; the judges I helped were very attentive and deliberate, and I was able to learn a lot from them.

Afterwards, we caught up with Alex, whom we had met during the Belgian portion of our trip. He took us to several breweries in Bermondsey, which were mostly housed in the arches under the rail bridges. Small but intimate places, and understandably very busy on a Saturday. We visited Southwark, Andspach & Hobday and Brew by Numbers, before returning to U Brew, where Weird Beard Brew Company had done a tap takeover.

We finished up the evening with pints at Shipwrights Arms, The Barrow Boy and Banker (where we also had dinner), The Doric Arch, Crown & Anchor and Mabel’s Tavern. It was back to the hotel after that, to rest and get ready for the flight home.

A long time ago, in a galaxy far away, Ryan and I wandered the Northern Cascades through Oregon & Washington to celebrate his graduation from high school. 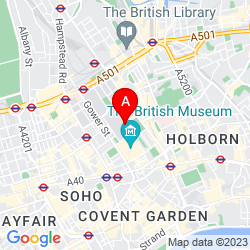